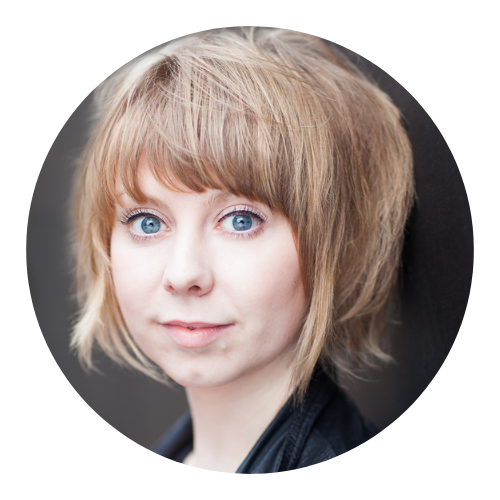 Alex Hutchison explains the work of The Data for Children Collaborative with UNICEF, a partnership between UNICEF, The Scottish Government and the University of Edinburgh’s Data Driven Innovation Programme, and how it uses data and data science to improve the lives of children around the world.

The Data for Children Collaborative with UNICEF was established just a year ago, sparked by a desire to use data science projects to support children’s outcomes. Hosted by the Data Lab, one of eight innovation centres in Scotland (underscoring Edinburgh’s hopes to become the data capital of Europe), which help industry identify real world issues and collaborate with academics and scientists on data science projects, the initiative runs a number of projects that use data to impact children’s lives.

With £3 million in funding from the University of Edinburgh and the Scottish Government for its first three years, the Collaborative leverages the substantive knowledge, country context and ability to action insights that comes from its relationship with UNICEF.

It takes themes such as nutrition, population, poverty, COVID-19, mental health, climate change and HIV, and combines a broad of data types – traditional survey data or Earth observation data, for example – with both innovative and traditional methodologies and data science techniques to create bespoke projects.

“For our population poverty projects, for example, we're using a lot of satellite imagery data and linking that across to traditional data sets. So, how you are able to inform on something that's already known from the survey data but on a more real-time basis with satellite imagery,” explains Director Alex Hutchison.

Project outputs could include coming up with a toolset, toolkit or policy. One project, announced in August 2020, sees the team conduct a desk-based exercise mapping data – such as on health, education and household income – to build a better understanding of the socio-economic impacts of Covid-19 on children in Scotland, and how to tackle them.

It plans to produce a report outlining existing work in the area and highlighting key data requirements for addressing similar problems in Scotland; a data catalogue showing what is currently available and what is missing to address issues; and a map of existing researchand capability across Scottish organisations and institutions.

According to Hutchison, the Collaborative’s work has not so far involved the use of personal data.Nevertheless, the initiative is keen to adhere to GDPR and other data protection standards across the world to ensure that the data it does use is safe and secure.

“Probably more complex, perhaps, are the socio-ethical implications. Those have got less guidelines around them and less regulation, but can be more pertinent,” she explains.

“We're very conscious of those three areas of concern around data protection, privacy management and ethics. We see it as those three bubbles in a Venn diagram – making sure we're doing the right thing in the right way… making sure that data is aggregated, anonymised in the right way. There's a lot of survey data in there, so making sure we don’t have any information that is coming into our project teams that is in appropriate, and that we're limiting on what data variables we're asking for.”

The Collaborative is currently running a project that looks at how children in poverty access services, using observation data to understand how long it takes them to travel from home to aclinic or to school, the difficulty of this, whether that correlates with poverty, and the impact of not accessing these services. In order to effectively anonymise the geospatial survey data used, the children’s addresses are “displaced” by five kilometres, but this has necessitated the development of support for researchers to enable them account for the inaccuracy that this created and avoid misinformation on the project.

Says Hutchison: “It’s about respecting the purpose of the anonymisation and the displacement process – that's absolutely the right thing to do – and how can we help using maths to make sure that there's less inaccuracy of that process?”

Hutchison’s role is to make sure that the strategy and operation of the Data for Children Collaborative meets with the expectations of its steering and delivery support boards, and those of the other partners. Day to day, that involves running a portfolio of eight (soon to be 10) projects, and dealing with the financing, legal, marketing and communications issues.

The creation of multi-disciplinary teams is at the heart of the initiative’s working methodology, in the belief that skillsets that wouldn't traditionally sit together can build more effective projects and outcomes.

“We’re looking in different sectors for people to come together, putting a new lens on a traditional problem. But those collaborative teams are based across the globe, so you're taking into account time zones, languages, working patterns, operating models and prioritisation clashes,” says Hutchison.

But, with openness and transparency, success is possible, and Hutchison is excited about the possibilities of this methodology for other data collaboratives.

“We think it's really transferable, we can see it working, not just in the context of Data for Children and UNICEF, but any sort of social third sector data collaborative initiative would be able to learn from the way we’ve set ourselves up,” she says.

“I think we'd really like to start being a bit of an epicentre for other organisations that are working on data for children and really starting to learn from each other and collaborate and share information and make sure that people are working as efficiently and effectively as they can be.”

Hutchison is also keen for other organisations to make use of the Collaborative’s ethical assessment.

“A lot of people talk about data ethics, but actually, how do you make that operational for a project team that’s not day to day thinking about ethics and might never have done anything with data for children before? How do you bring that to life for them and get them to challenge themselves on questions that they might not have considered before, when they're just thinking this is a project that's going to benefit people?”

Together with expertise from its various partners, the Collaborative has developed an ethical “compass”, “roadmap”, and “highway code”. The compass comprises guidelines and principles, and is defined as “For Every Child, With Transparency, With Trust, With SafeData” – our “true north”, says Hutchison.

The roadmap is a set of questions around ethics to be considered by project teams before, during and at the end of each project – “That's trying to be a sensibly volumed set of questions, so it's not excessive, draws out the right answers and makes them think beyond data protection and data management,” she explains. The highway code is a set of guidelines and example answers to support the process.

Looking forward, the Collaborative is launching its challenge questions on the themes of mental health and climate change.

“Extending ourselves into these new themes is really exciting, and seeing the results from our first projects has also been a big, big build up, and we're really excited to be able to think about what impact have those projects had. What would we do differently but also how has this changed a child's life, or a policy, or a way of working at UNICEF, or a programme of interventions at UNICEF?”

To hear more from Alex Hutchison on the subject of technological development and the impact on children's data privacy, register for PrivSec Global on December 3. 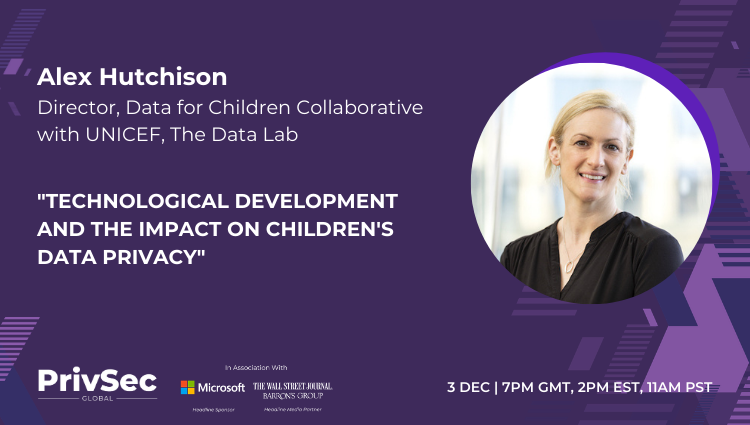