Donald Trump’s former communications director and Wall Street financier Anthony Scaramucci will be taking the stage to talk about crisis communication and cyber security at PrivSec Global. To get you in the mood here are some of the outspoken spin doctor’s eye-catching comments

Anthony Scaramucci hit the headlines in 2017 for being fired just 10 days into his role as Communications Director for Donald Trump after his criticisms of the administration, which he believed were off the record, were published.

The financier, known as the “Mooch”, has nevertheless made quite an impact on the political and financial landscape with his colourful language and fiery persona.

He has authored four books during his career, The Little Book of Hedge Funds, Goodbye Gordon Gekko, Hopping Over the Rabbit, and Trump: The Blue-Collar President.

Later this month he will address data protection, privacy and cyber-security professionals at PrivSec Global on the topic of crisis communications as it relates to cyber security.

In the meantime, here are a few of the SkyBridge Capital founder’s memorable comments

1. “I want you to imagine the worst person that you’ve met on Wall Street, the most ruthless and the most diabolical. That’s the best person in Washington.”

Scaramucci lasted just 10 days as Communications Director at the White House after an attack on members of the administration were published following an interview he said he believed was off the record. He’s explanation made clear his bitterness for the world of politics.

Scaramucci in 2017 told CNN in an interview that he and President Trump were aware of who had illegally leaked his non-classified financial disclosure forms from inside the White House. However, it was later revealed that the documents were obtained by Politico after public request.

3. “I want to be cautious with individual investors but we have over a half a billion dollars in bitcoin right now. I do think we’ll see a hundred thousand dollars in this coin before year end. It’s just a supply and demand situation, you don’t have a lot of supply out there and very heavy demand. “

In February 2021, Scaramucci joined “Squawk Box” on CNBC to discuss the rise in bitcoin.

Also on the Bitcoin theme, Scaramucci tweeted this simple summary of the progression from fiat currencies to crypotocurrencies in February

5. “I had an opportunity to buy into Uber at a $25m (£18.9m) valuation. But when they came in with the business plan my reaction was that they were nuts. I thought: ‘I’m not going to put my wife or my daughter in a car with a stranger that nobody knows.’ My daughter now has the highest Uber bill in the world! I totally missed that opportunity.”

In an interview with Opto magazine in 2019, Scaramucci revealed the reason for his cautiousness in finance as being down to passing up this “unicorn opportunity” to buy into Uber.

6. “The winning people in business are about collaboration and creating win-win situations, whereas in Washington it’s zero-sum. And let me stab your eyeball out while I’m at it.”

In the same interview, Scaramucci expresses his views on good management and teamwork in business and the downfalls of working at the White House.

7. “I think the political class in the West, the baby boomers, were handed a baton from the greatest generation that fought the Second World War, and they’ve sort of squandered the treasure of the West. We’ve overpromised people; we’ve deficit spent into oblivion; we’re prosecuting wars that we don’t really have a sound strategy for properly exiting from.”

Talking at The Oxford Union in 2017, Scaramucci describes the ills of the past generation and his future plans to work towards helping to fix the issues that today’s generation has been left with. One way in which he plans to do this is through a student loan business that aims to tackle the student loan crisis in the US.

8. “I believe that we have a major crisis in the country, it’s almost as if Mr Trump is either a Russian operative or a useful idiot. This is exactly what the Russians would want to see in the United States, this type of distrust in our democracy, this type of outlandish behaviour.”

In an LBC interview in January, Scaramucci did not hold back when criticising Donald Trump over his alleged role in the Capitol Hill disturbances

9. “Of course I used the f-bomb a few times. I’m prone to do that … And I’m making some jokes and I’m playing for laughs, because that’s my personality.”

We can’t imagine Scaramucci will litter his PrivSec Global keynote address with ‘f-bombs’ but one thing is certain, it certainly won’t be dull.

Anthony Scaramucci will be giving a keynote speech at 5.30pm on 24 March at PrivSec Global 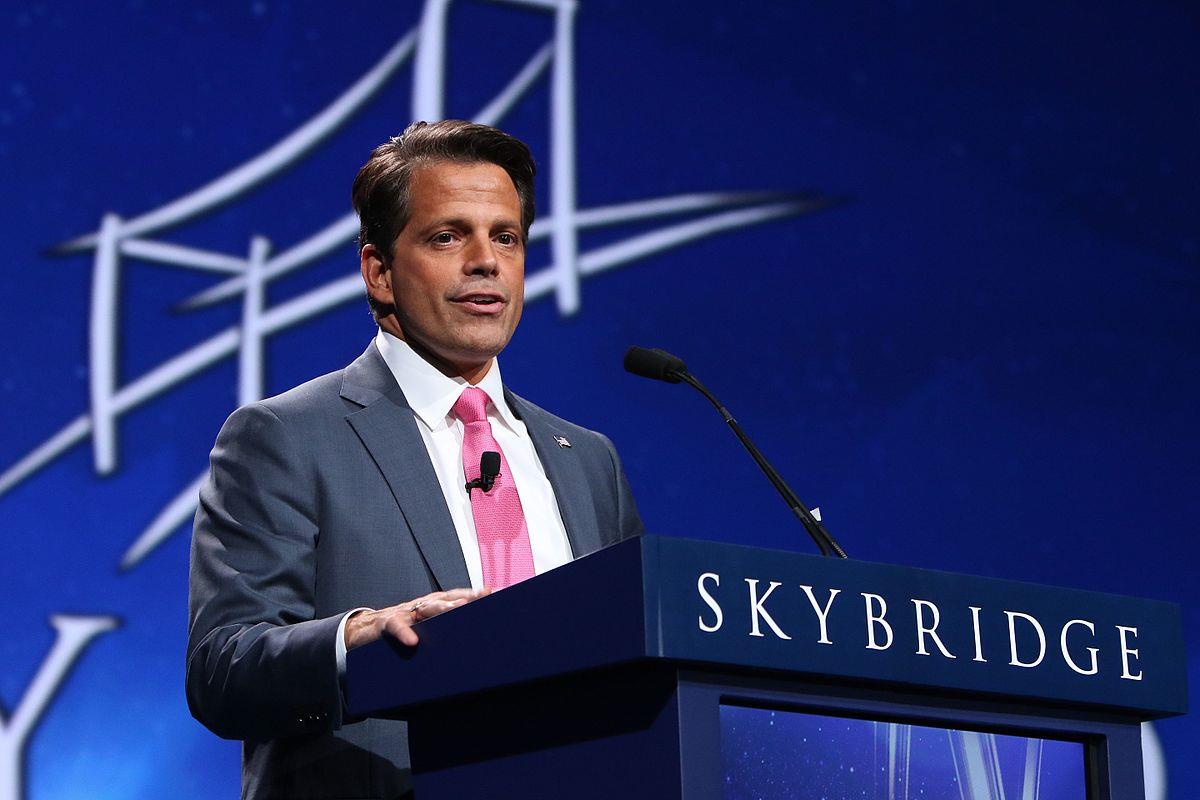