As Alistair Campbell prepares to deliver a keynote address at PrivSec Global later this month, here are a few of his thought-provoking quotes and tips on crisis management to get you in the mood.

Alistair Campbell is a very familiar face to followers of United Kingdom politics.

The former journalist became a household name as Tony Blair’s press secretary and played a key role in creating the successful New Labour formula that helped the party win three elections and hold power between 1997 and 2010.

Campbell mastery of communications, strategy planning, political insights and crisis management has led to him being in demand. In recent months he has received plaudits for many his public interventions on the United Kingdom government’s approach to the Covid-19 pandemic.

On 23 March, Campbell will make a keynote speech to PrivSec Global. He will discuss crisis communication relating to business, privacy and politics.

In the meantime, here are a handful of his key tips for crisis management from over the years.

1. “Don’t accept that you are in crisis just because everyone says you are”.

Campbell in 2014 said during his time as Blair’s press secretary there were only six genuine crises, but “hundreds” of situations described as such. He says it is important to distinguish between “frenzies” and genuine crises.

2. “I have always defined a crisis in this way: ’An event or situation that threatens to overwhelm and even destroy you or your organisation unless the right decisions are taken”.

Being clear about the severity of the problem is necessary to inform your response, Campbell says,.

3. “It is easy to dismiss all communications as “spin”. But, in a crisis, communication really matters. It must be embedded in strategy”.

Earlier this year Campbell make the case that governments must “take the public into its confidence” when tackling difficult situations. He was talking about the UK government’s response to Covid-19, but the same, one would imagine, applies to businesses communicating with customers, suppliers and staff during data breaches or cyber security infrastructure attacks.

4. “In times of crisis, people look to leaders for confidence and strength. If you look a shambles, the fear is people sense that you are a shambles”.

Campbell, again talking about the response to Covid-19, has stressed how important it is for those in leadership positions to project confidence. He also says this includes looking smartly presented.

5. “It is about the delivery, execution and narration of a strategy”.

A recurring theme for Campbell, again and again he has stressed the importance of strategy when dealing with a crisis.

6. “Crisis management must be coordinated from the centre”.

Campbell’s spin operation in Number 10 was famed for having a strong grip, particularly when things were in danger of going wrong. A common theme of Campbell’s crisis communications advice is that this is an absolute must in order to get on top of the problem.

7. “And remember at all times that however bad it is, it will end”.

Campbell’s last message here is one of positivity. If you set clear objectives from the start, tackle a crisis with real aggression and devise strategy from the centre, all the while keeping in mind that the crisis will end, you are on to a winner.

Alistair Campbell will deliver his keynote address to PrivSec Global at 10am on 23 March. 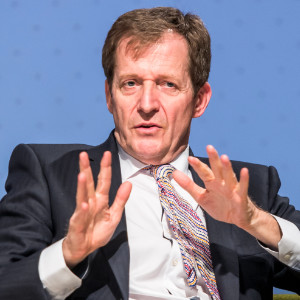